I’ve never actually done a proper post before for a specific pack, so I’ll start with the most recent. I am that person who has every expansion and pack to the game and with this one and University I bought them on release day then didn’t have a chance to play them.

So recently I did; using a game I started for University I moved my recent graduate out of her family home (divorced her wife and left the kids) and into the tiny micro home that maxis waved in my face in worlds mode.

The top images show the entirety of the house and my sim during her siesta. The bottom images show the wonder of the Murphy Bed closed by remote, turning into a two-seater sofa and a shelving unit. (Using the remote for the bed gives the sim a bluff making them feel powerful, hmm.)

I didn’t play in this house for a long time, it was painfully basic, though cute. My sim is much like myself (materialistic) and there was little to occupy her. So she wrote a few more books to earn some extra money.

I pull the same faces when I’m writing!

And then she moved!

I forgot to take a full exterior shot of this bigger micro loft home – a level 2 but it’s on the gallery and has a good bit more space.

I’m not a builder by any means but I’ve been looking at different sim builds on the gallery and I’m impressed by the variety and attention to detail people can afford to put it. For me, I’m all about the gameplay. I’ll happily download someone else’s wonderful creation (legally) and ship my sims in to wreak havoc.

Ultimately Tiny Living is cute and maybe like living off-the-grid some sims are happy with this. I like that there are new compact objects like the TV, stereo, and radio all-in-one which I will use elsewhere but my sims would rather start off skint and in a big empty apartment/house and eventually fill it as they progress in careers/skills.

My sim has started dating a guy she was at Britechester with and he hates tiny living – he’s always throwing a strop trying to use the bathroom and the lack of space. So I guess they’re saving for a bigger place now. 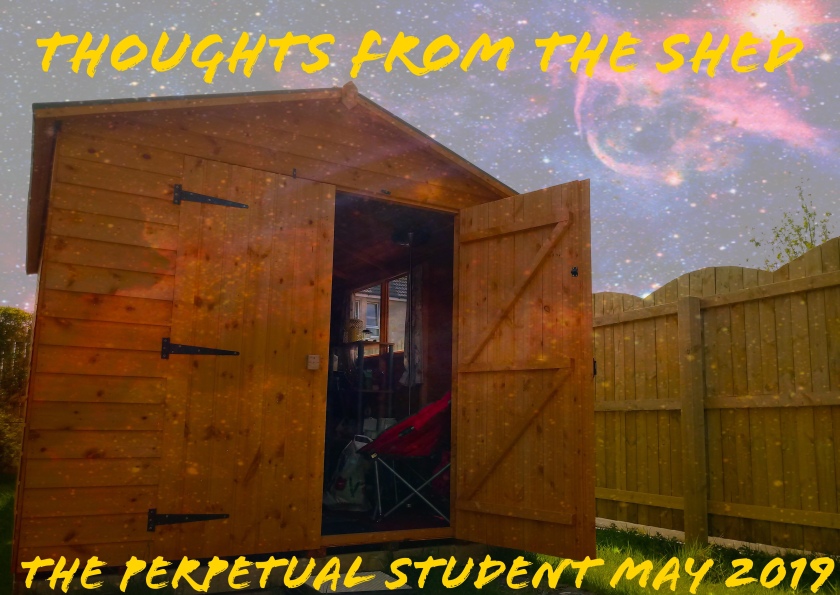 So I went quiet for a while…

Things got a bit dark; dragons and ineffective coffee – I even stopped playing the Sims.

I couldn’t post on social media (not properly), everything I thought seemed to bland and uninteresting to tell anyone about.

But, I’ve slowly regained my spark, crocheting and audiobooks of all things helped serve as a distraction. Mass job applications drained me psychically so I binged on Bones and Lucifer for inspiration. I plotted gifts I could crochet for everyone’s birthdays this year since up until two weeks ago I was very, very broke. (Still skint but not very.)

Now I’m fairly settled into a new job, that while I’m still learning and it’s still new, it’s not as overwhelmingly terrifying as the beginnings of a new job usually is. Mostly because everyone wants to help and wants us all to succeed. Despite the ridiculously early mornings and long days, I’m coping well and not so mentally drained as with other jobs. Trying to be productive on the weekends is something I’m still wrestling with but I’m getting there.

I’ve a couple of days off just now to work on my next assessment, due on Thursday, but after some weeks of avoiding it, I have a pretty good grasp on what needs to be done and have lots of notes and drafts. I do need to start thinking of the bigger picture, i.e. the dissertation which will start to sook up all my free time and thoughts.

I’ve been to events and gone to new restaurants in the last months, so I definitely have plenty to blog about… just sitting down to do it is always the hardest part. However, see the picture above – that’s my new dedicated outdoor writing space in the garden. The weather has turned nice again so I want to make the most of it while I can. I need to write and study but there’s nothing wrong with being out soaking up some vitamins while I’m doing it.

Anyway, it’s past my bedtime but I’ll start writing more posts tomorrow to schedule. I promise not to abandon the blogosphere for so long again! 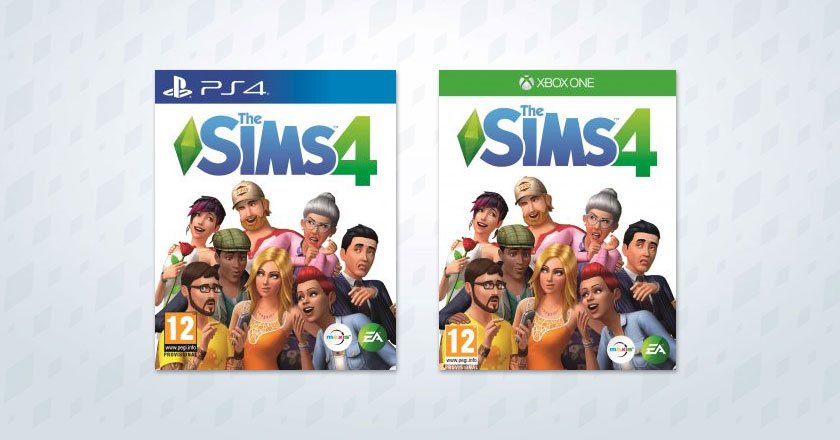 After three years, the Sims 4 finally arrived onto consoles mid-November this year. It has been a long-time coming for those who are strictly console but the release wasn’t quite as minimal as has been with previous releases in the past.

Although I waited a few weeks to purchase (as I wasn’t sure if I wanted/needed it given that I’ve bought almost the complete set on PC) I’ve decided to review the game for anyone who is still on the fence or just plain curious about this crossover.

First things first, I was surprised to see that the game is a straight copy of the PC version, like everything, down to the menu functions, the neighbourhoods and the characters available. Instantly I warmed to the game, not only was I already familiar and comfortable with the game play but it meant I could go back to old townies long since dead in my laptop version. The fact that you are playing on a console is never going to replace the speed of using a mouse and rapidly darting across the screen while pressing various buttons to fast forward time, move up and down between floors or even to view menus. However, it’s not the worst handling I’ve had on a sims console game so I won’t berate the programmers for what is the best version yet.

My biggest bug-bear with the controls is that I can’t keep the Needs panel visible while playing, it must be hidden in order to move around the screen otherwise. Again it’s not a major cause for concern, just a minor adjustment on my part to get used to playing like this.

The actual problems I’ve encountered are those which were issues in the Sims 3 on PC, game freezing, not saving, system crashing, and actions building up but not clearing. I played the game for most of the day yesterday and I had to restart my PlayStation about five times because of the game freezing and becoming unresponsive. HOWEVER! Despite being sickeningly annoyed at the prospect of having lost so much gameplay (the curse of TS3 but TS4 on PC has been a far more stable game) it turns out somehow I hadn’t lost any progress with my game. I’m not certain if there is an underlying autosave that I’m not aware of but I knew that my manual saves had been few and far between so it was a delightful surprise that my sims were safe and up to date.

I’ve played it for a few hours today and so far the only issues have been the action queues building and not clearing, but much like the PC version this will probably be fixed with travelling somewhere with the sim or just starting the game over again.

As I had mentioned earlier, as a new release we were treated to more than just the base game; there is the Vampire game pack and a few stuff packs available for purchase. I bought the triple gift set of Vampires, Luxury Party Stuff and City Living to boost the features of the game. In saying this I have purchased most of the additional packs for the PC version and while I was surprised that there were any packs available for the console, considering there has been a three year wait for this there really should have been more, if not all expansions readily available. A quote I read from another reviewer was that although this is probably the best PC to Console version of the Sims, no matter how you cut it, it’s still three years behind the PC version.

So for now I’ll probably give it 3.5 stars out of 5, not because it’s not fun, but simply that we’re lacking the extras of the PC version.

Follow Adventures of a Perpetual Student on WordPress.com
My Tweets

Hi, I love blogging and getting to share my experiences with people, but I would appreciate any help to support me and this site. Thanks, Eliza x